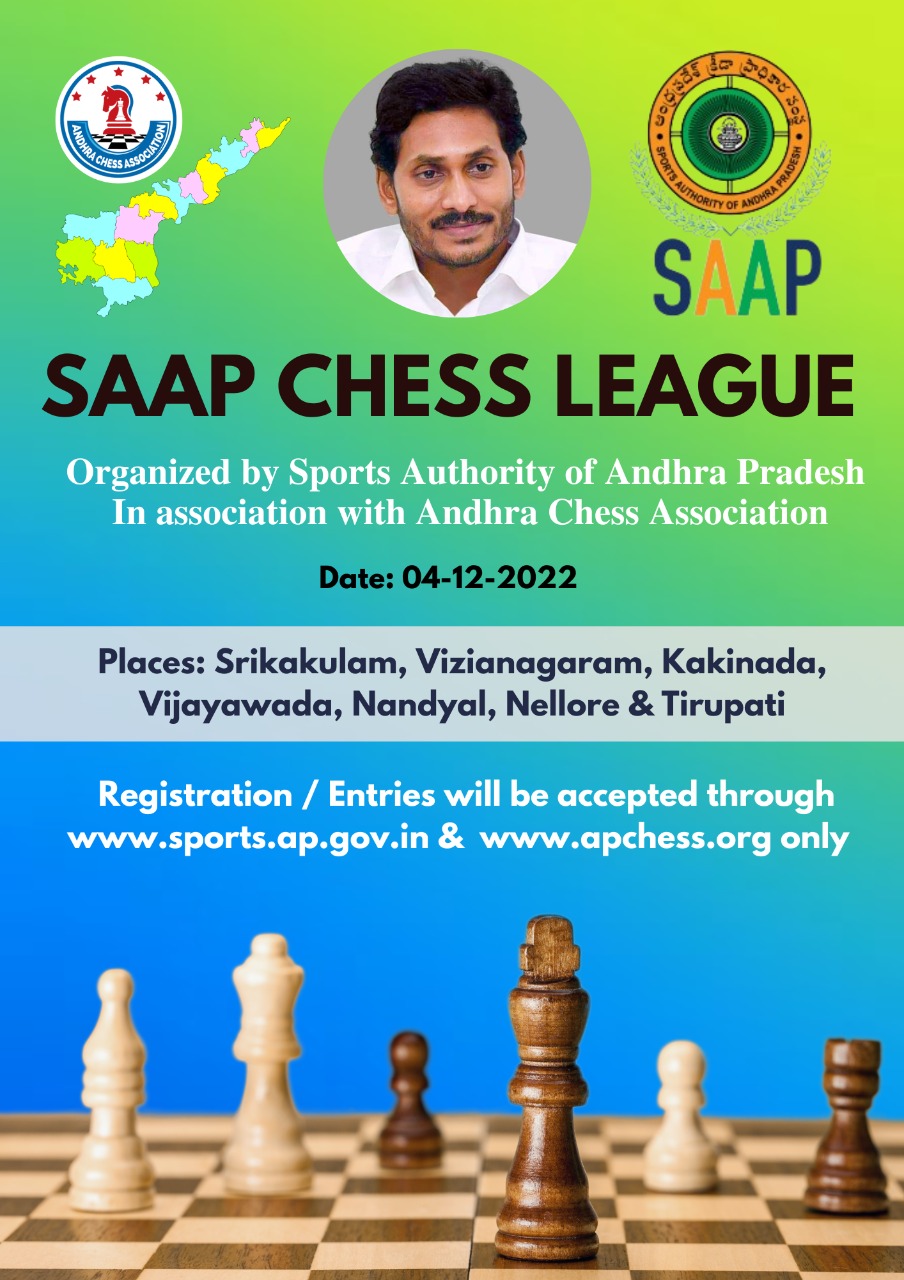 In association with Andhra Chess Association

No of Rounds 5 (or) 6 depending on strength

Certification Digital certificates can be downloaded

Note Players can participate in any place irrespective of their district.

Registration Through apchess.org (or) SAAP website only (No spot entries)

Basing on the performance of the League, Players will be considered for Awards/Rewards from Government of Andhra Pradesh. From each place 10 Players ( 5 boys & 5 girls ) will be selected for Coaching Camp organized by Sports Authority of Andhra Pradesh. Guidelines to organisor attached.